Daugavpils tram enterprise was founded in the 1946.

In November 5, 1946 the first tram of Daugavpils city started the run along the route Maizes street –Augusta street 5 (now Vienības) –Sarkanarmijas street (now 18. Novembra) – Liepājas street. There the tram depot was located. Daugavpils tram enterprise begun to work with only 75 employees and with ten tram wagons, but the total length of the tram track was 5.7 kilometers. 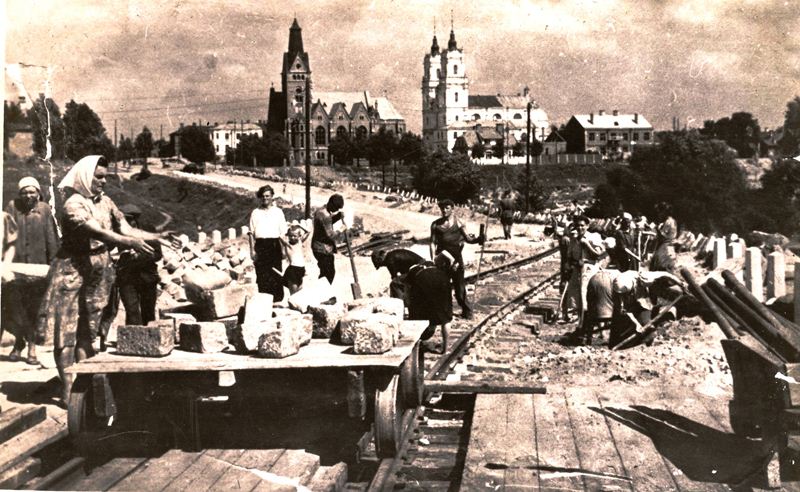 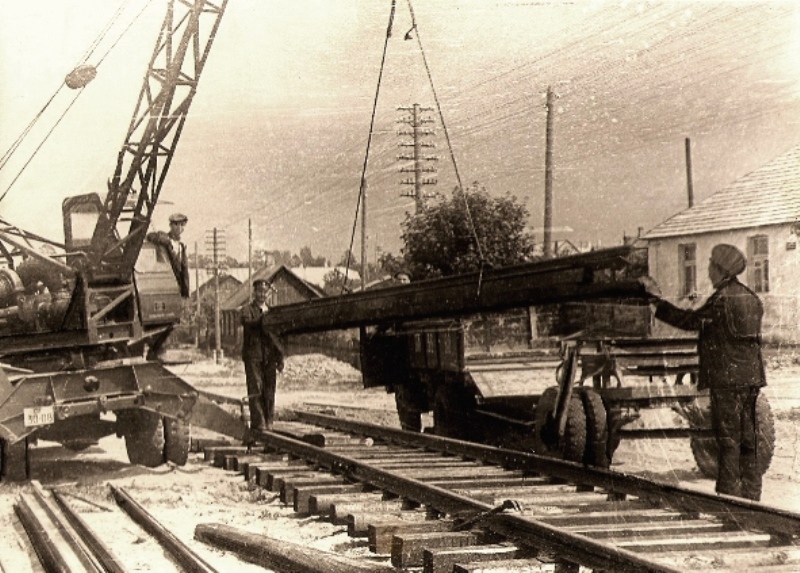 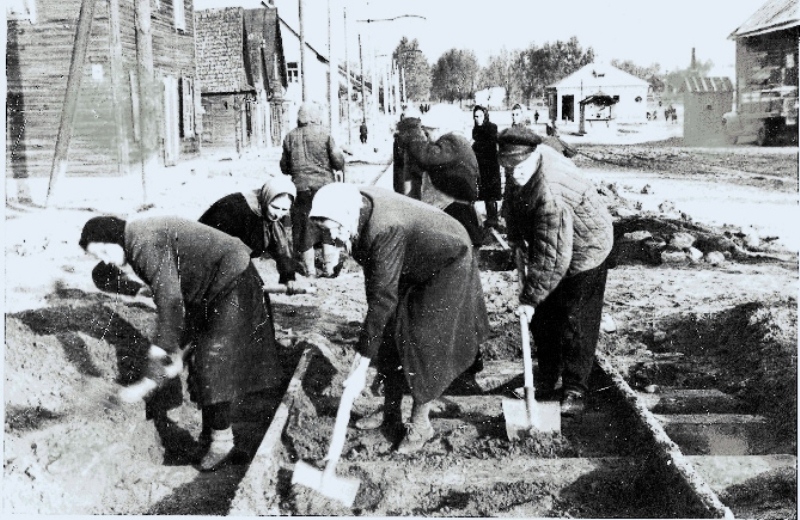 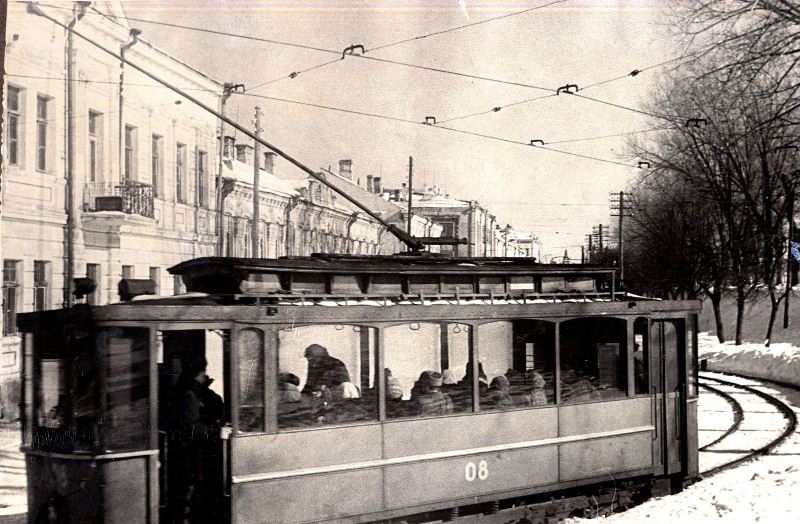 In November, 1947 the second tramway, which were 2.8 km long, was launched. From Sarkanarmijas (now 18.Novembra) street along Aglonas street and Andreja Pumpura street tram reached the old Forštadte, where the construction of a bakery was started. In December, 1947 tramway which connected the Fortress with the city market was founded. 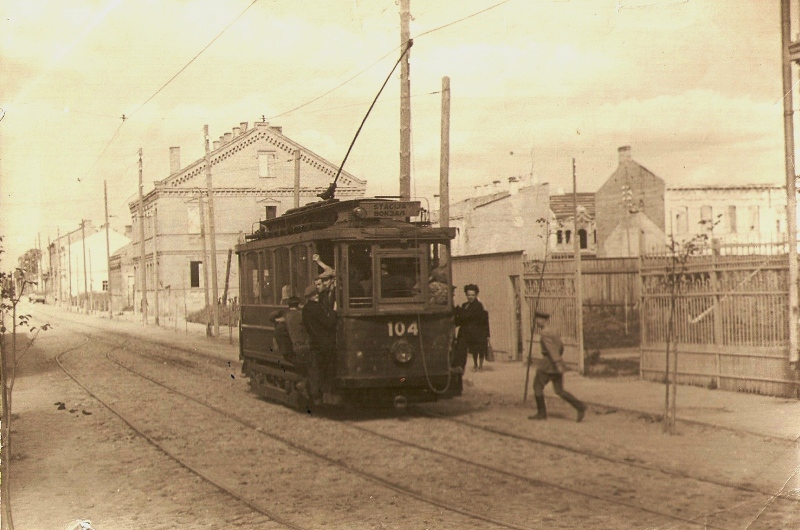 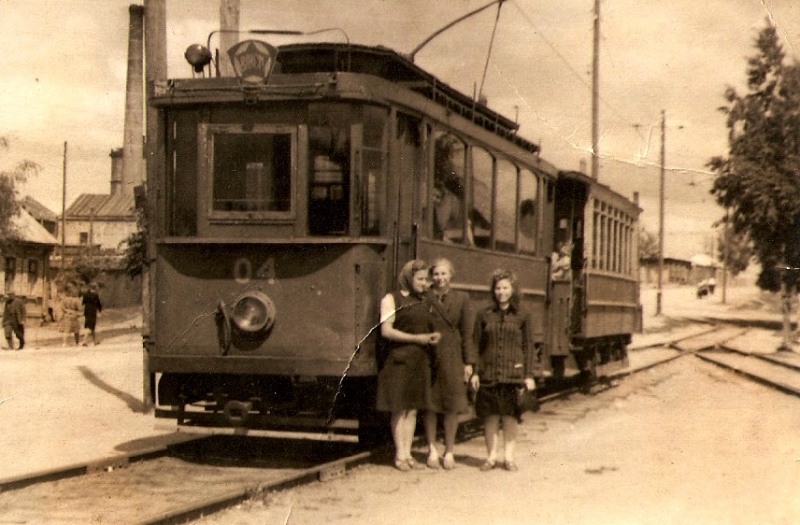 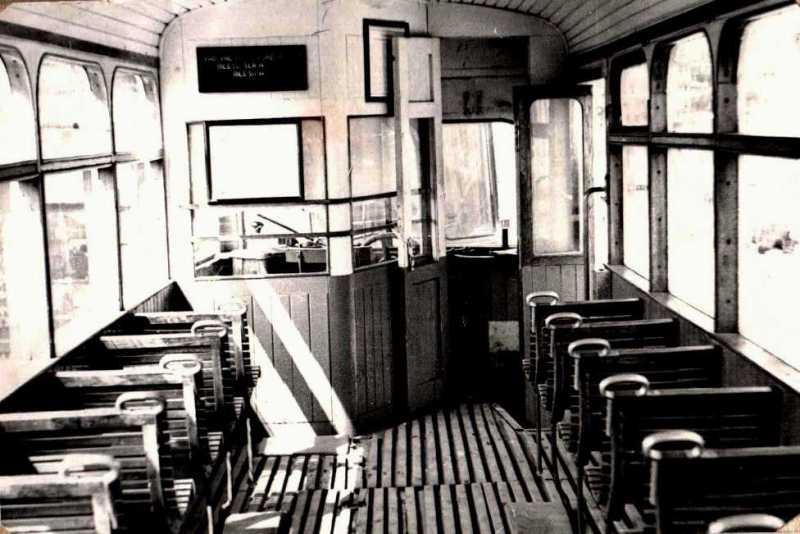 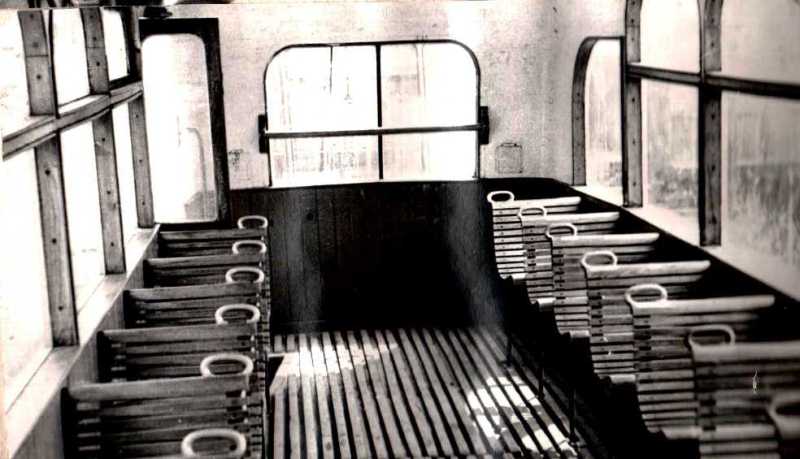 Starting the1949 in Daugavpils large specialized companies were formed: factory "Elektroinstruments", bicycle and motorcycle chain factory, canning factories, furniture factories, etc. As the flow of passengers increased, it was necessary to improve the tram traffic. In 1951, near to the leather processing factory the first tram track circle was built.  Further the tram track circles were built in all the terminal points of tram routes. On Sarkanarmijas street 183 (now 18.Novembra) traction substation with 480-kilowatt capacity was built, on Sarkanarmijas street 10 (now 18.Novembra) the first substation was reconstructed as well. The number of trams and special equipment increased. At the same time the repair base expanded, it worked not only with a purpose to repair trams, but to modernize them as well.. 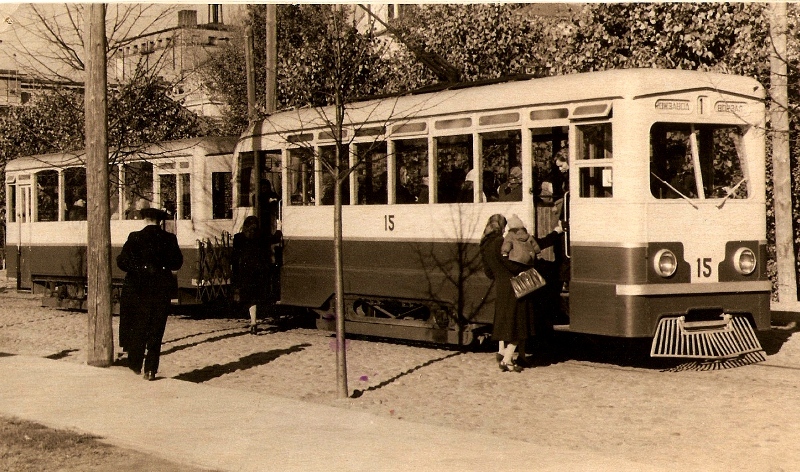 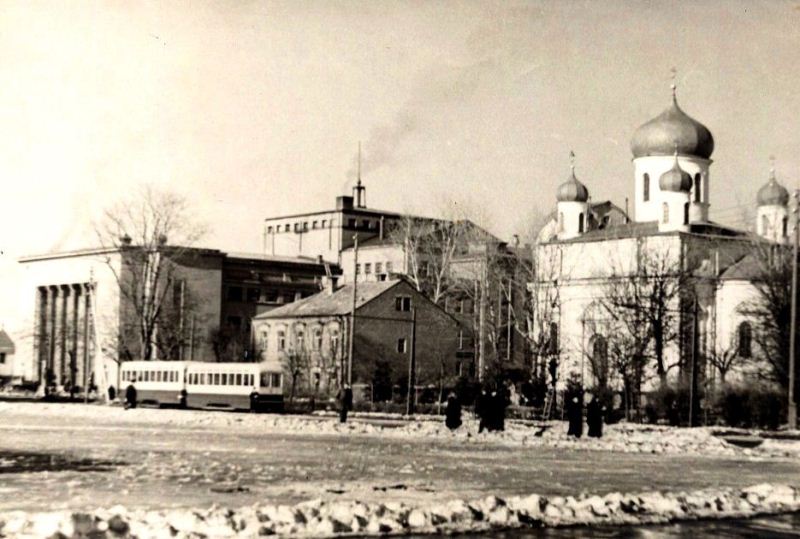 During the 60s of the last century, the railway track was built till the Cemetery Brāļu, later it extended till the lake Stropu.

In November 16, 1962, the tram track connected Sarkanarmijas street (now 18.Novembra), with the Chemical Fiber factory. In the 70s of the last century the main city route called „Stacija — Ķīmiskās šķiedras rūpnīca” was completed. In 1977 tram track circle in the fortress was built; it ensured a tram-route called “Stropi — Cietoksnis”. 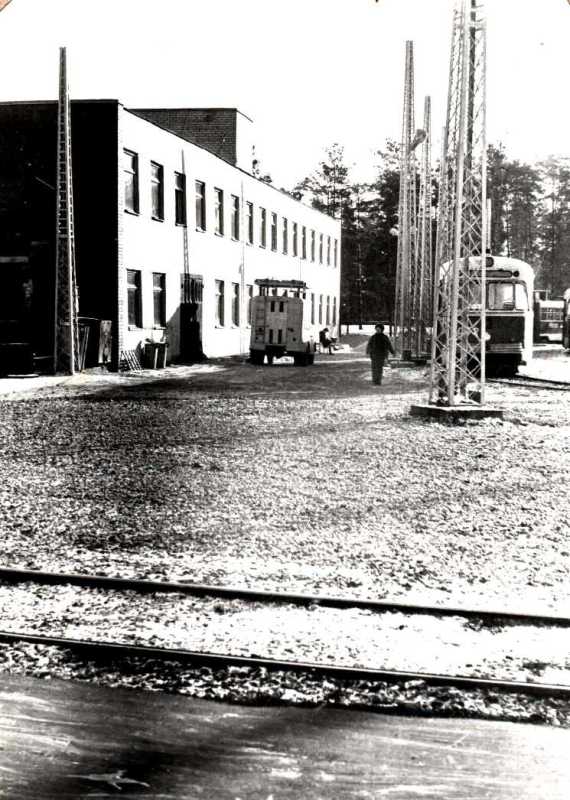 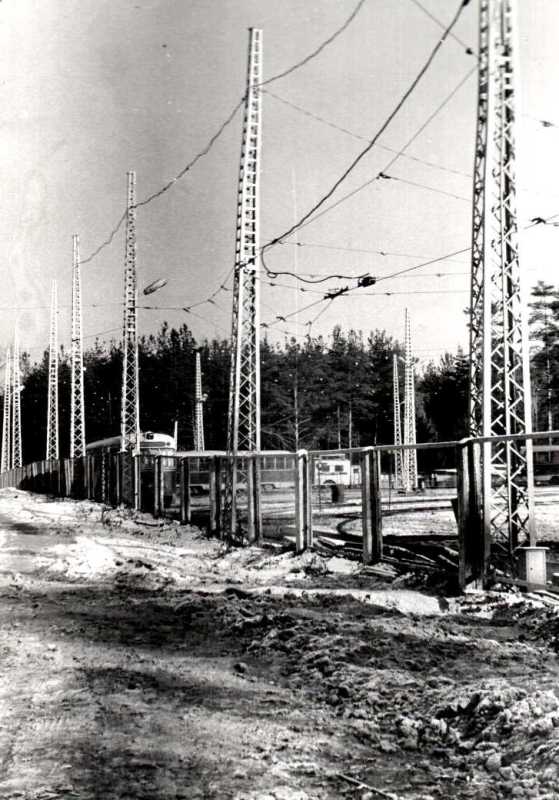 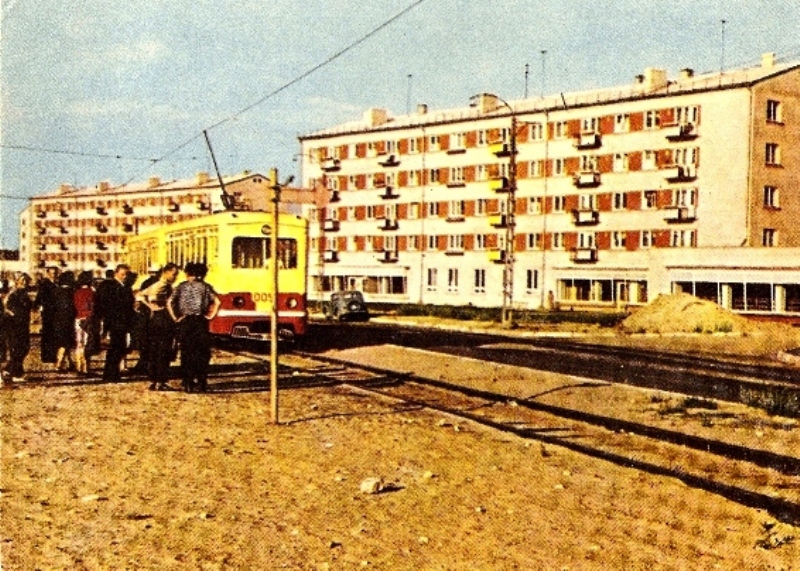 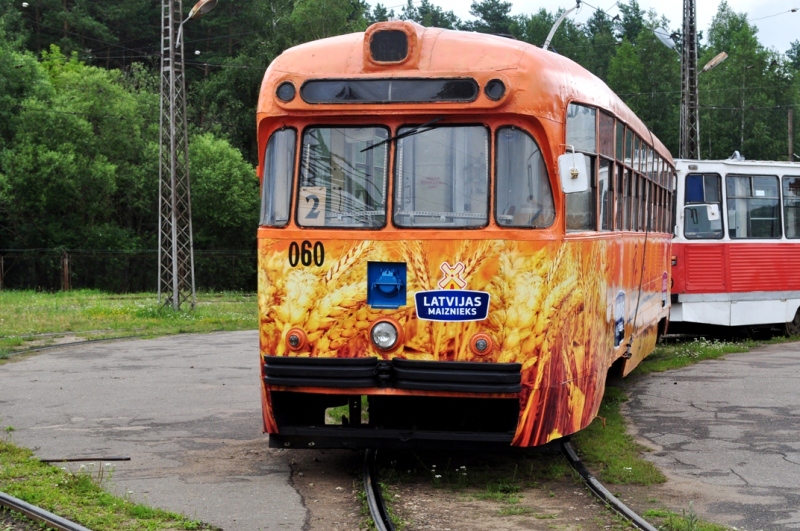 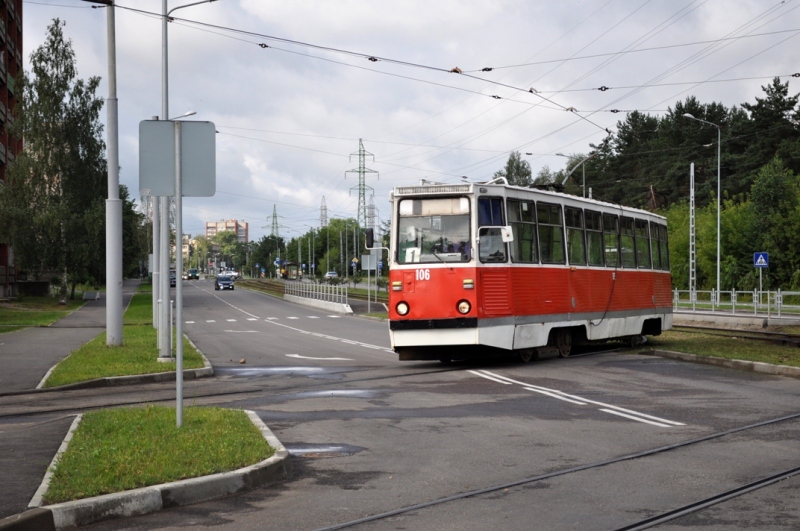 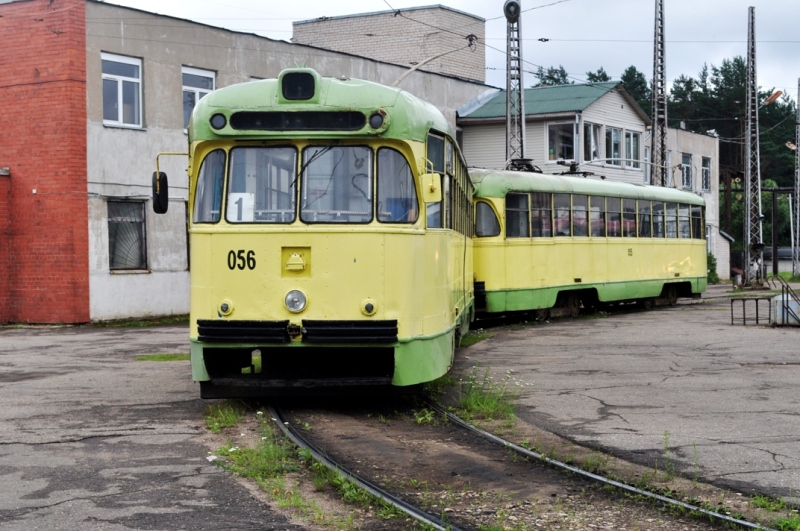 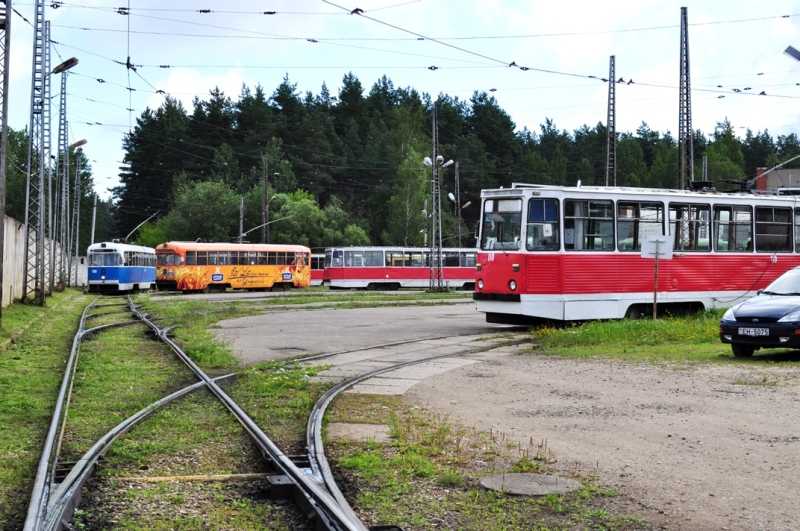 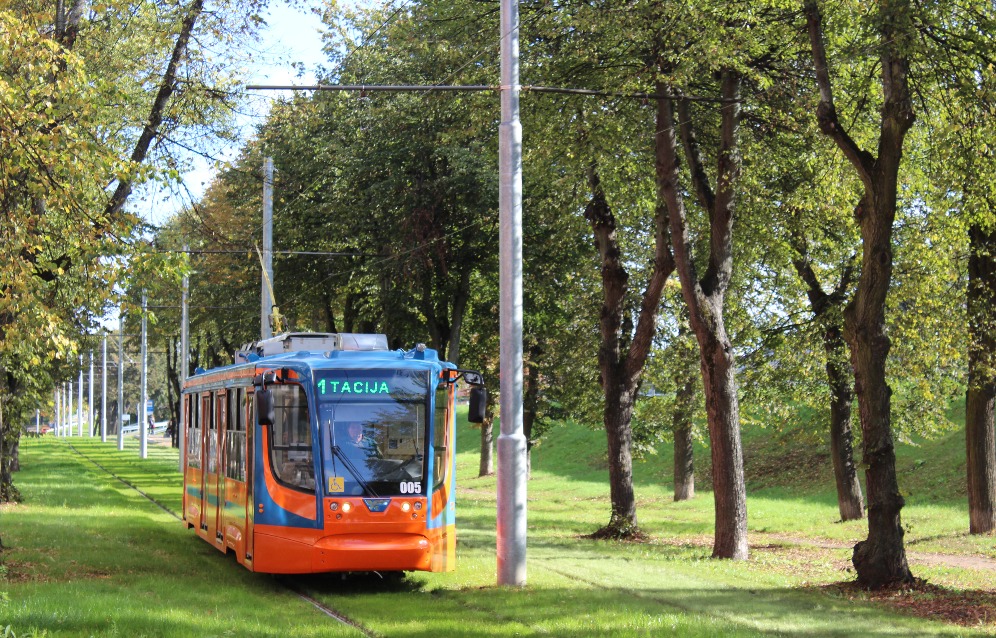 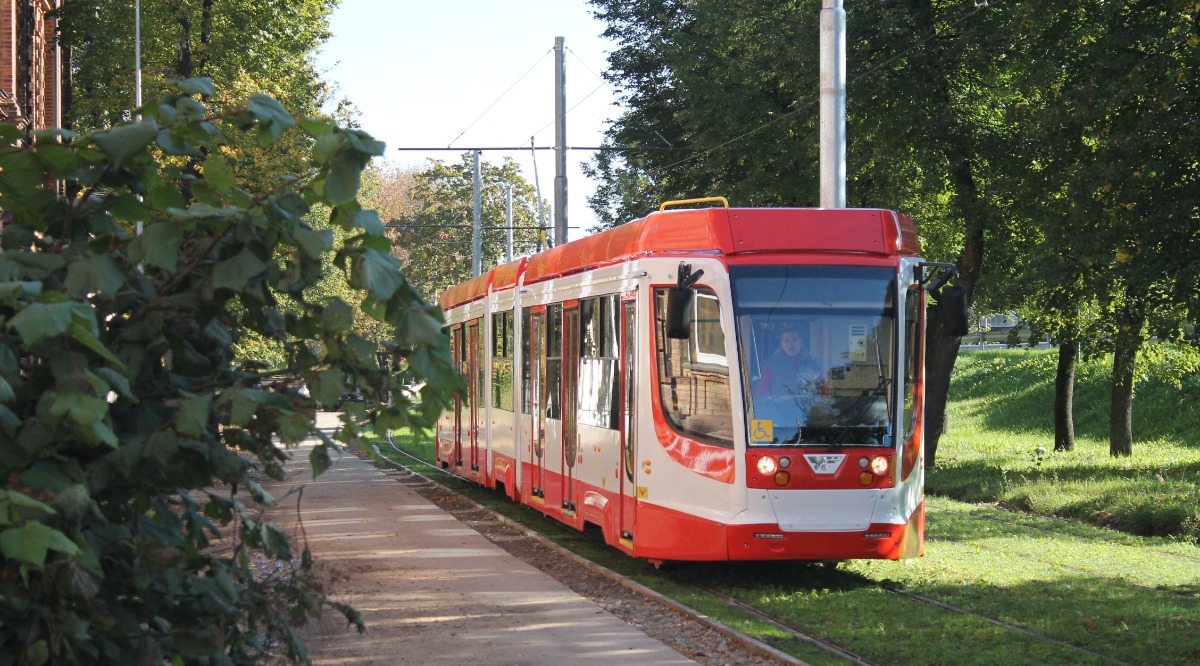 JSC "Daugavpils Autobusu Parks" was founded in 1945 and provided transportation for passengers in the city, regional bus routes, intercity and international bus routes and was one of the oldest, largest and leading transport companies in the Latvian passenger traffic. 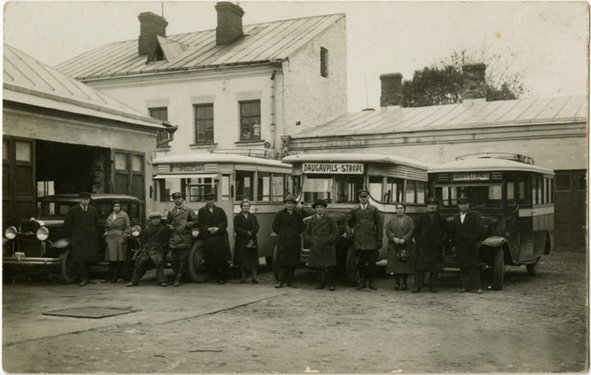 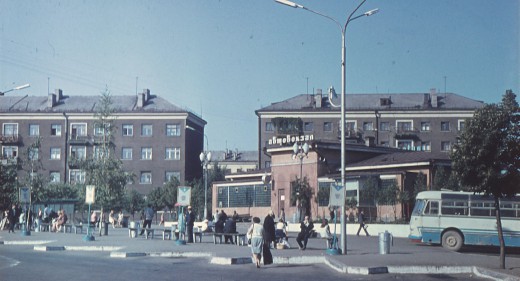 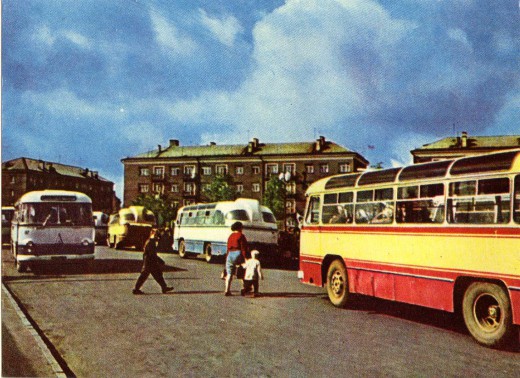 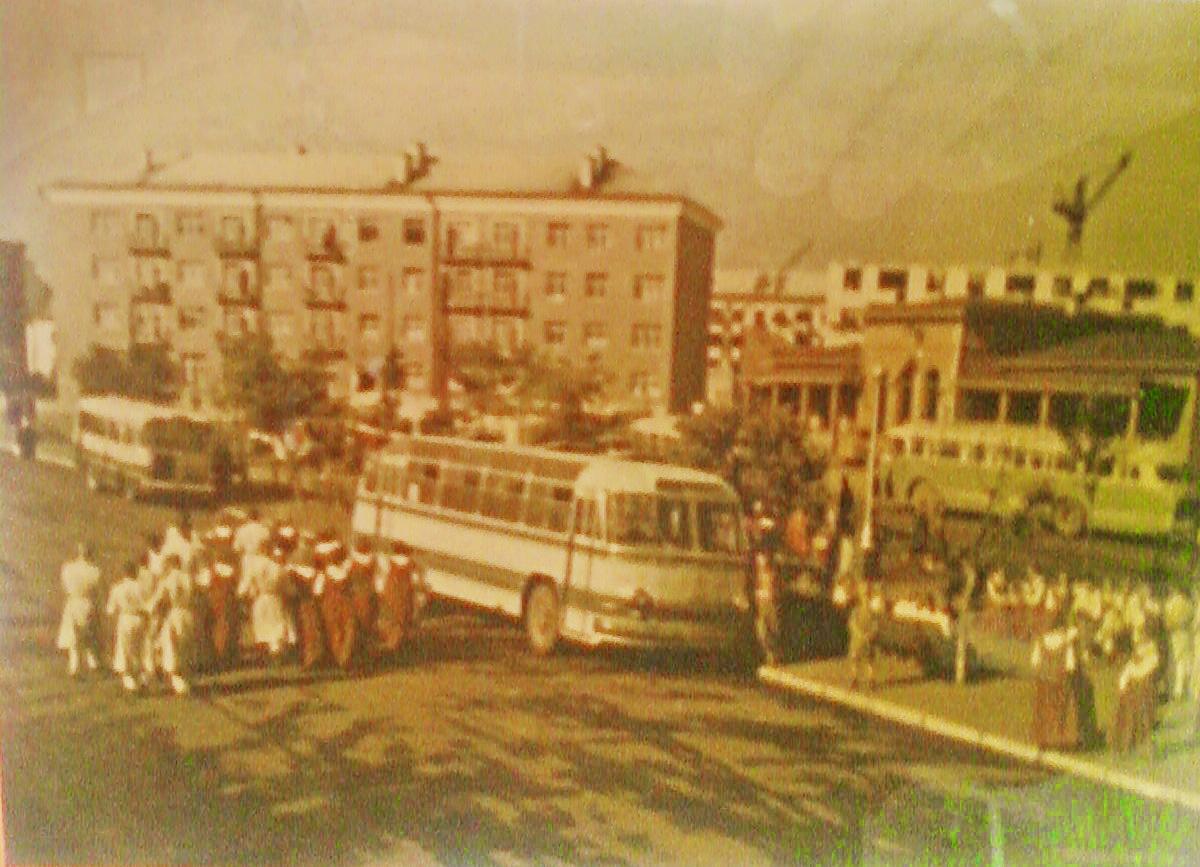 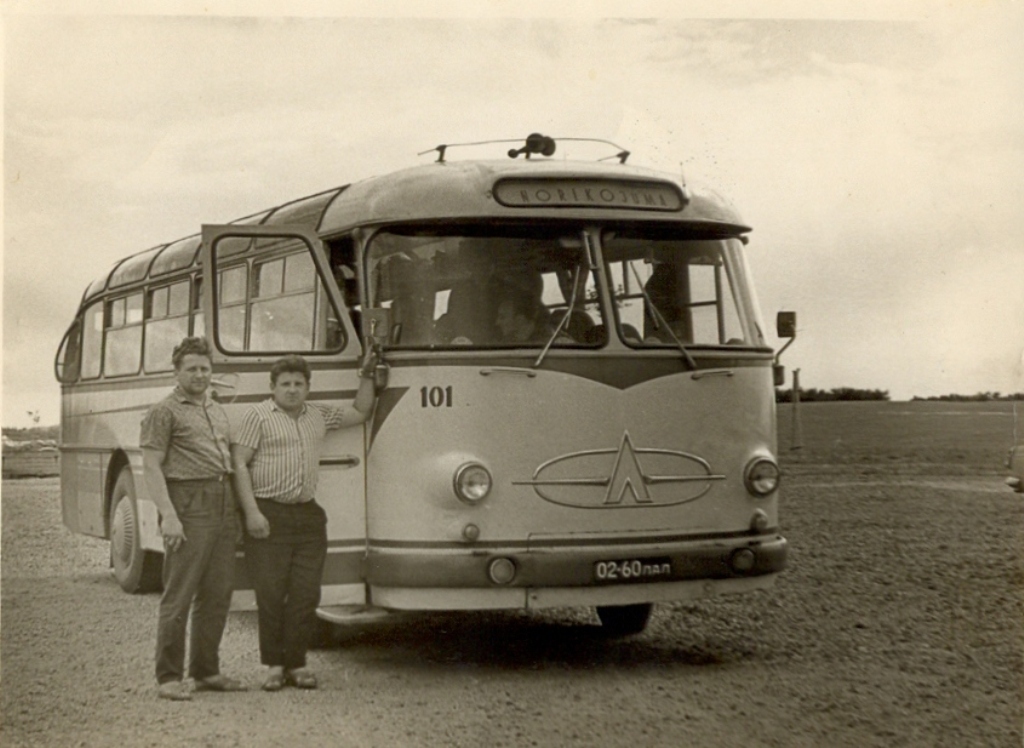 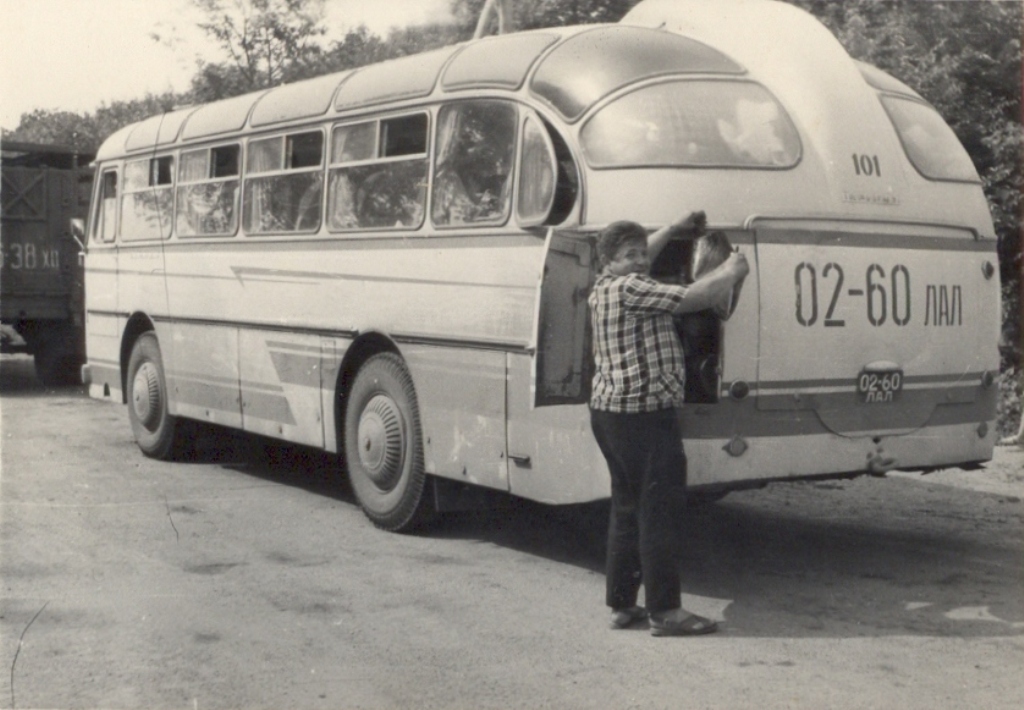 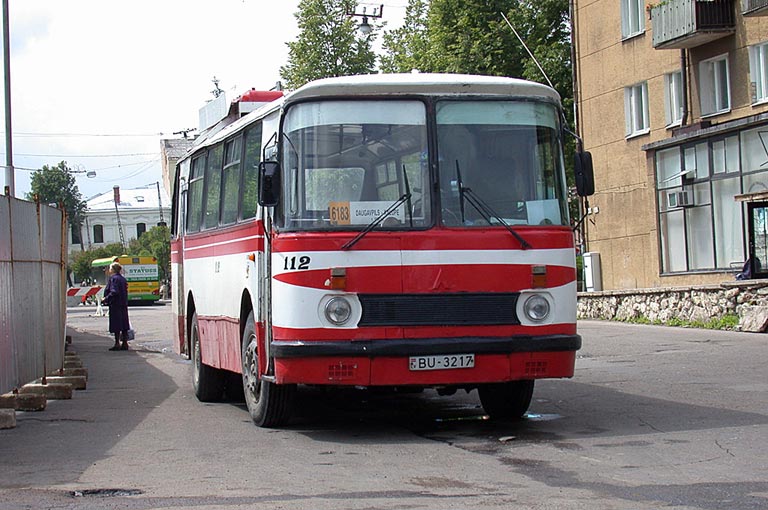 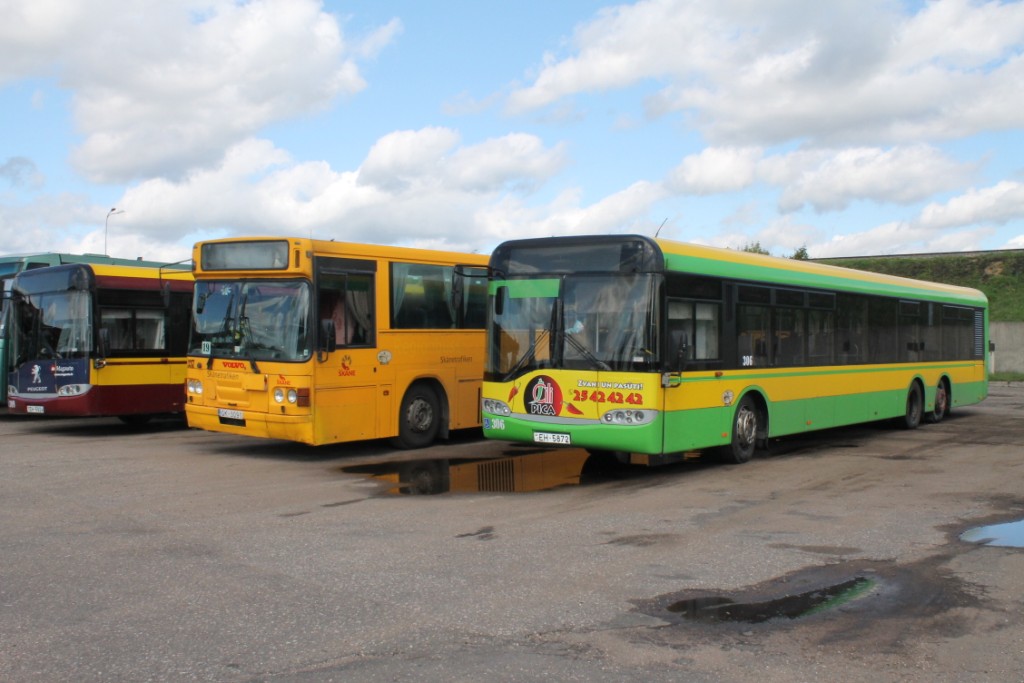 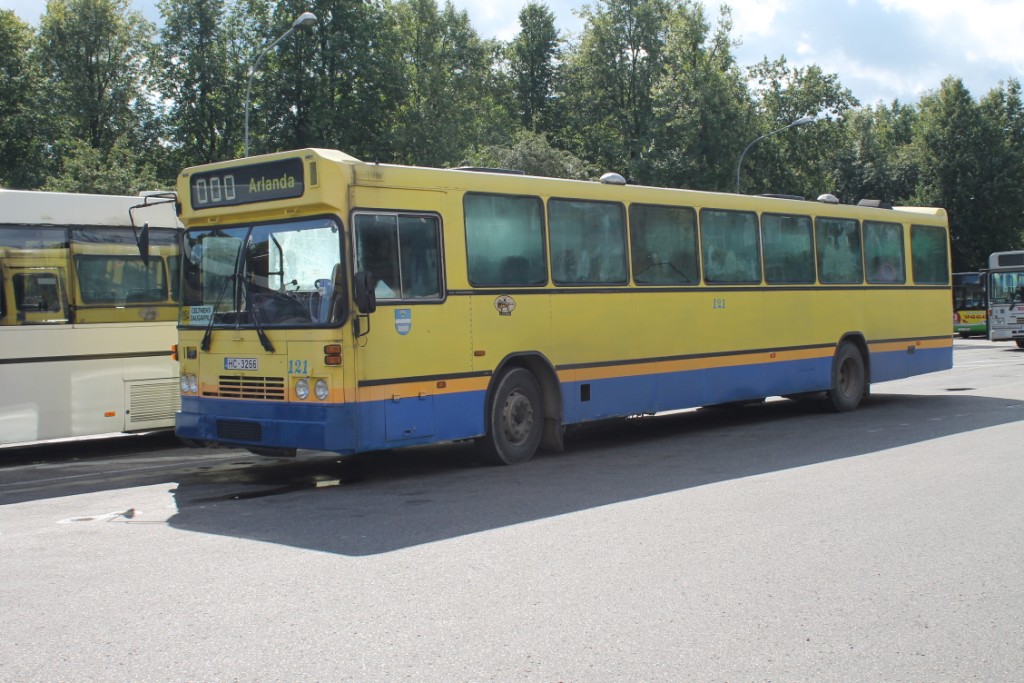 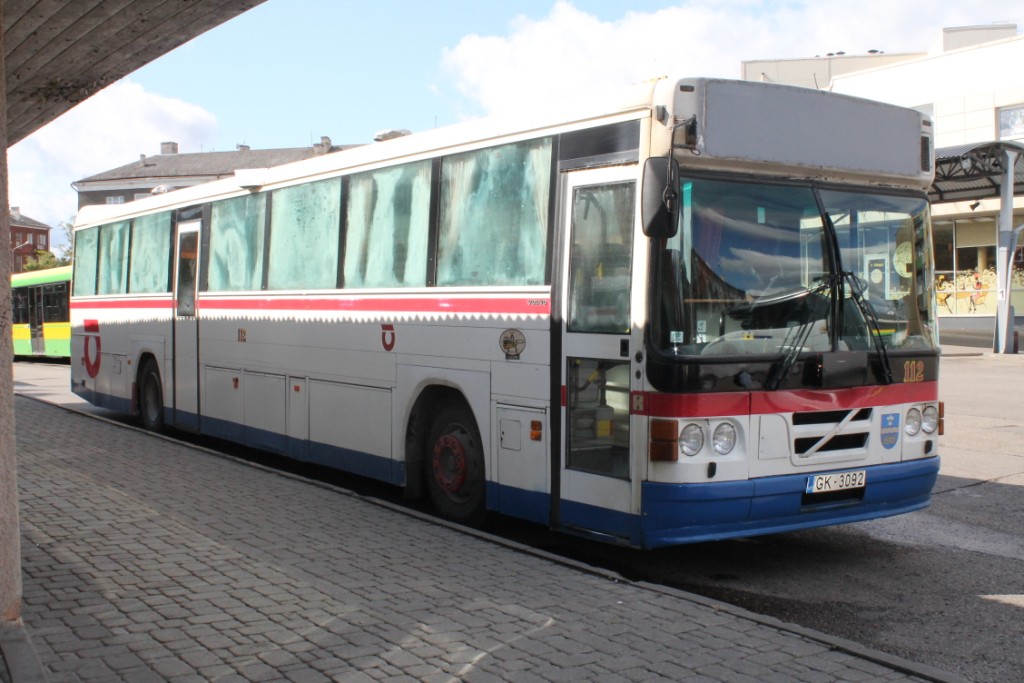 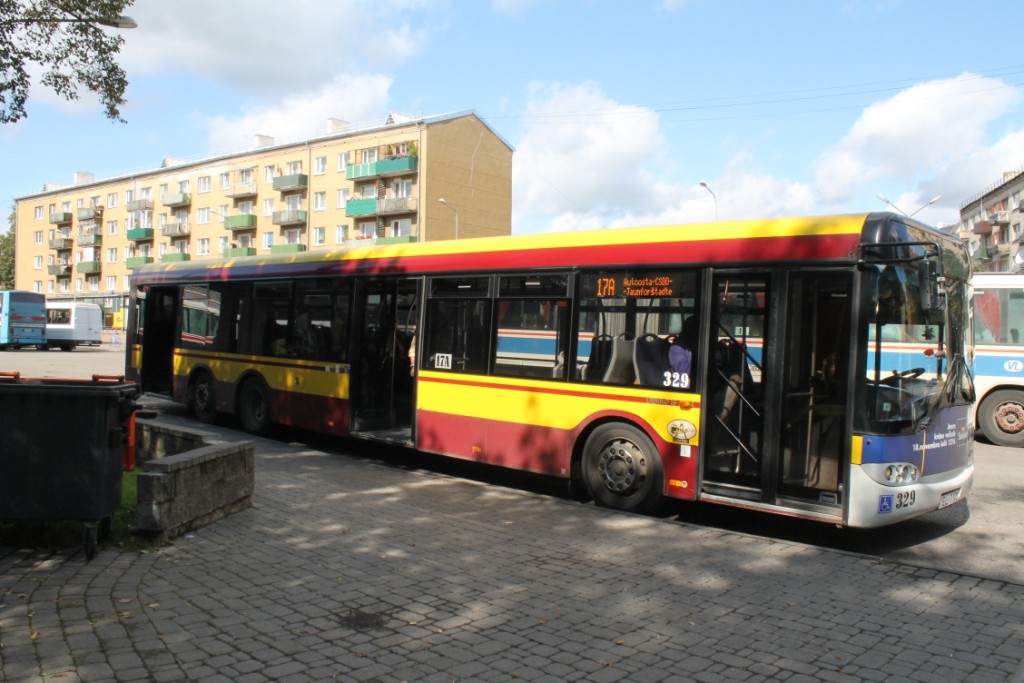